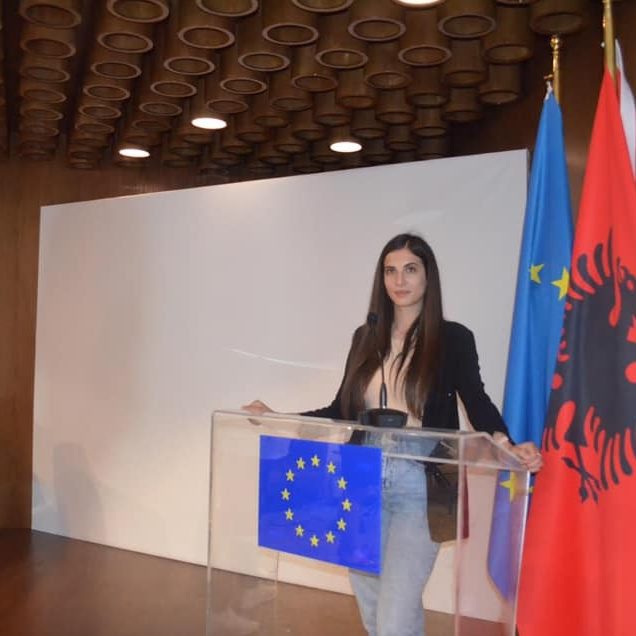 The secrets of the biggest Color festival in Albania

For an entire day, Tirana chooses to ‘dress’ in color and attract the attention of thousands of young people. Color Day Festival, since 2018, has become a tradition in record time. It brings together young people from all over Albania in a crazy celebration for twelve hours. The Color Day Festival (CDF) came in 2018 as an innovation, which was never been organized in Albania before, thus capturing the hearts of young people. Music, singing, dancing, games, all these activities come together in a festival.

The Color Day Festival is inspired by the traditional Hindu festival ‘Holi’, which usually takes place in March. People celebrate the start of spring and other events in the Hindu religion, they march the streets and spray people with colored powders while dancing and singing. For one day the distinctions between castes, religions, and genders are set aside and everyone is considered to be equal. The festival is primarily at home in India and Nepal but is also celebrated in other countries with a large Hindu population.

After the Indian experience, the festival started to spread all over Europe as well. It was first organized in 2012 in Germany - respectively in Munich, Hannover, and Dresden and became a success story. More than 10,000 people used to attend in Munich only. Over the years the list of places that started organizing the color festival grew in Europe and beyond - among others in New Zealand, Ireland, Tunisia and many more. Referring to the wider region, the festival of colors was first organized in Greece in 2015. According to Greek media reports, this was the first time that a festival of this kind was organized, while about 32,000 attendees participated and about 100.000 bags of colors were used.

In Albania, the next and third edition of the Color Day Festival is supposed to be organized on 28 and 29 May 2022. In 2020 and 2021 the event could not take place due to the COVID-19 pandemic. Measures taken to stop the spread of the virus did not allow concerts to be held because of the crowds. Although we were expecting the festival to be held this year in September, the anti-COVID rules changed again. Therefore, the festival will be organized for 2022 and will offer an innovation: All those who have been vaccinated will be provided with a ticket to enter the festival for free, encouraging especially young people to get their Anti-Corona-jab.

Usually, this type of festival is preferred more by young people. A participant from the 2018 concert says that it was an unforgettable experience and that she will attend whenever it takes place in Tirana.

“It was an unforgettable experience. You enter the concert in the early hours of the morning, you will dance and sing all day. The most beautiful part is when you will lush with color and shoot your friends. I have saved all these moments with photos. It is also very interesting that many singers and DJs perform at the festival all day.”

In 2018 and 2019, ‘Mother Teresa’ square, where the concert is organized, was filled with thousands of young people. For 12 hours they had endless fun to the beat of the music. The climax of the Concert is marked at 5 p.m. At this hour the spiciest moment is when young people throw to their friends all their colors. Initially, the countdown starts from 10 and when we get to number 0 everyone throws colors in the air, creating a spectacle. I would call it a rainbow of colors in the air.

At the festival 2018, 22 singers, DJs, and music groups have taken the stage, where we can mention artists such as Alban Skënderaj, Capital T, DJ Sardi, Elvana Gjata, Majk, etc. But we also had special guests from Greece such as DJ George Sirias, DJ Michael Tsaousopoulos, etc. Whereas, in 2019, 24 singers, DJs, and music groups took the stage, where we can mention artists from Kosovo, such as Kida, Tayna, Ylli Limani, DJ November, Dj Deezy, but also Albanian singers such as Ronela Hajati, Don Phenom, Anxhea Peristeri and the most special guest, the singer Alex Harris from the US.

The manager of the Color Day Festival, Uarda Koçi, in a statement for ‘HAJDE’ remembered the beginnings of the festival, how the CDF spread from Europe here in Albania, but above all, she also talked about the future of the concert. According to the manager, the inspiration came from our neighboring place, Greece. Koçi said that a group sent from Albania visited an edition of the Festival of Colors that was taking place in Greece. She said that the group was amazed by this organization and then decided with the ADF representatives in Greece that the festival should be expanded to Albania.

"Being aware of the Color Day Festival Athens, a part of the staff driven by curiosity to attend this festival, visit Athens in one of the CDF editions. The participation left a very good taste and they realized that the festival belonged to a format that would be adapted in Albania as well, especially because in Albania no mass entertainment festival took place every year. Thus, after the meeting with representatives of CDF Athens, it was decided to bring the first edition of CDF Albania to Tirana ", said Koçi.

But Tirana will not stay the only place in the Balkans hosting a festival like this: "The next place where we want to realize a CDF edition is Pristina. Then, depending on the progress, in the coming years we can think about other places in the Balkans, why not? We remain open to new opportunities to bring color to people who want to enjoy life in every city", Koçi stated, when asked about future plans.

Among other things, the manager said that the purpose of this festival was to bring young people together, as no festival represented them. According to her, Albanian artists are even promoted through this festival:

"The purpose of the festival is certainly related to the entertainment of all participants from Albania and not only. But in parallel with the promotion of Albanian artists in an Albanian scene and the creation of a tradition in terms of events or festivals. Albanian youth needed a festival that represents them."

Focusing on the development of participation, Koçi pointed out that only 6,000 participants participated in the first edition of the festival in 2018, whereas this figure increased in the second edition - In 2019 about 10,000 young people participated. The manager is even more optimistic for 2022 expecting to welcome about 15,000 participants.

With that being said, if you want to spend a memorable experience, I invite all the young people of the Balkans to participate in Color Day Festival in Albania. This festival is magical, for twelve hours you will forget every problem that surrounds you and you will just have fun. On this day you will be dyed from head to toe and no matter if you are wearing your best outfit, you will not be able to leave the square without being dyed.

Author of the photos: Henri Koci