Traveling through the Balkans alone on a bicycle might not seem like the best and safest idea, but as one young Bosnian student from Cazin discovered it can become the adventure of a lifetime. So how does one come to this, some would say, insane idea. We talked to Armin about his experience on the road and how he prepared for it.

Many people would describe their ideal summer vacation in a similar way - relaxing at the beach and enjoying the sun. But Armin, a young Bosnian student living in Munich, had a different idea of summer fun. Back in 2018, this 21-year-old decided to visit the places in Bosnia and Herzegovina that were on his bucket list and he did it all alone on his bicycle.

“My will to live, enjoy life, to feel free and discover new places, people and create stories has driven me on this journey. I guess everyone in their life just snaps for a second, day or in my case for a month, and decides to do something incredibly out of his/her comfort zone. So, I did.”

This is Armin’s answer to the most frequently asked question why did you do it? And what is it that he actually did?

In the summer of 2018 and after a year of preparations and saving money, he went on a bike ride that lasted 28 days. Each day he would cross around 50-70 km.  The plan was to start from his hometown Cazin, to visit 17 places and to come back home, marking a circle through Bosnia and Herzegovina:

This initial route kept changing during the journey and Armin himself was not completely sure where the road would take him. He was very keen about seeing the 15th-century Bosnian monuments Stećci, the statue of Bosnian king Tvrtko Kotromanić in Tuzla, the cave Vjetrenica in Popovo field, and the Memorial center in Srebrenica. The biggest milestone was the sunshine-covered town Trebinje, which is the farthest place from his hometown Cazin.

“I will be frank with you, I had no idea what I was getting myself into when I decided to do that trip. I was only thinking about the beautiful and interesting stories I would experience”, Armin stated, remembering his attitude before hitting the road.

“It might shock you that I spent less than 100 euro on my equipment. I had some things at home and others I got at a local discounter”, Armin explained to us. He borrowed his uncle’s bicycle, bought a solar panel in order to be able to charge his phone and camera, got some cooking utilities, a tent, a sleeping bag, and a bunch of other useful things.

Besides preparing the equipment and planning the route, he had to get physically prepared for the long journey. For doing so he decided to ride his bike from Cazin to Bihać and back a few times, which is around 70 kilometers.

“And after a year of planning, saving money and energy, getting the equipment, I was still missing the key component: I did not have a partner to travel with! But had I waited on a partner to go with me, I would have never gone. So, I went alone.”

His friends and neighbors wished him good luck. He reported that it felt as if he was leaving to join the army. A lot of them asked what he would do if it started raining or if his bicycle broke down. For Armin the answers to these questions were simple: “If it starts to rain, I will wait for the rain to stop. If my bike breaks down, I will try to fix it and if I am unable to do so, I will push it until the next repair shop. The worst-case scenario would be for me to walk through beautiful Bosnia and Herzegovina for two days.”

As his route kept changing, Armin was discovering how different some parts of Bosnia and Herzegovina are from others: He was amazed by the nature in Glamoč which was unlike what he grew up seeing-there was less greenery and more stone.

Unexpectedly, he met a few beekeepers from his hometown who were hoping for some rain to fall. They got to know each other, prayed together, and as they were praying, they felt raindrops falling on their bodies. The beekeepers were so happy and thanked Armin for bringing them the rain. They gifted Armin with a jar of honey and praised him for bringing them the desired rain. In Glamoč he met an older lady who gave him some baked goods which he ate with honey. That night he slept at the local mosque.

During his road trip, Armin met many interesting people who gave him a better insight into the places he had visited. He camped in a few parks, swam in lakes and rivers across his homeland, partied in Tuzla, and spent Eid in Mostar. The brakes on his bicycle broke down, he had spent one too many hours without drinking water, but every problem had a solution and it turned into a fun story.

Armin described to us his favorite moment from the road trip:

“The most beautiful moment was on a sideroad near Žepče, where a truck driver showed me a shortcut to Han Pijesak. The sun was already setting down. I was riding on a narrow road through a thick coniferous forest when I heard something. All of a sudden, a big deer jumped 10 meters in front of me. I have never seen a deer as big as that one. It jumped back into the forest and kept running alongside me for some time.”

To anyone who would like to go on a similar adventure, it is Armin's advice to take ownership of the trip: “I lost my wallet with my personal ID and my credit card just two days before I was supposed to set off, but I did not give up, nor should anyone else who decides to go on a journey like this.” 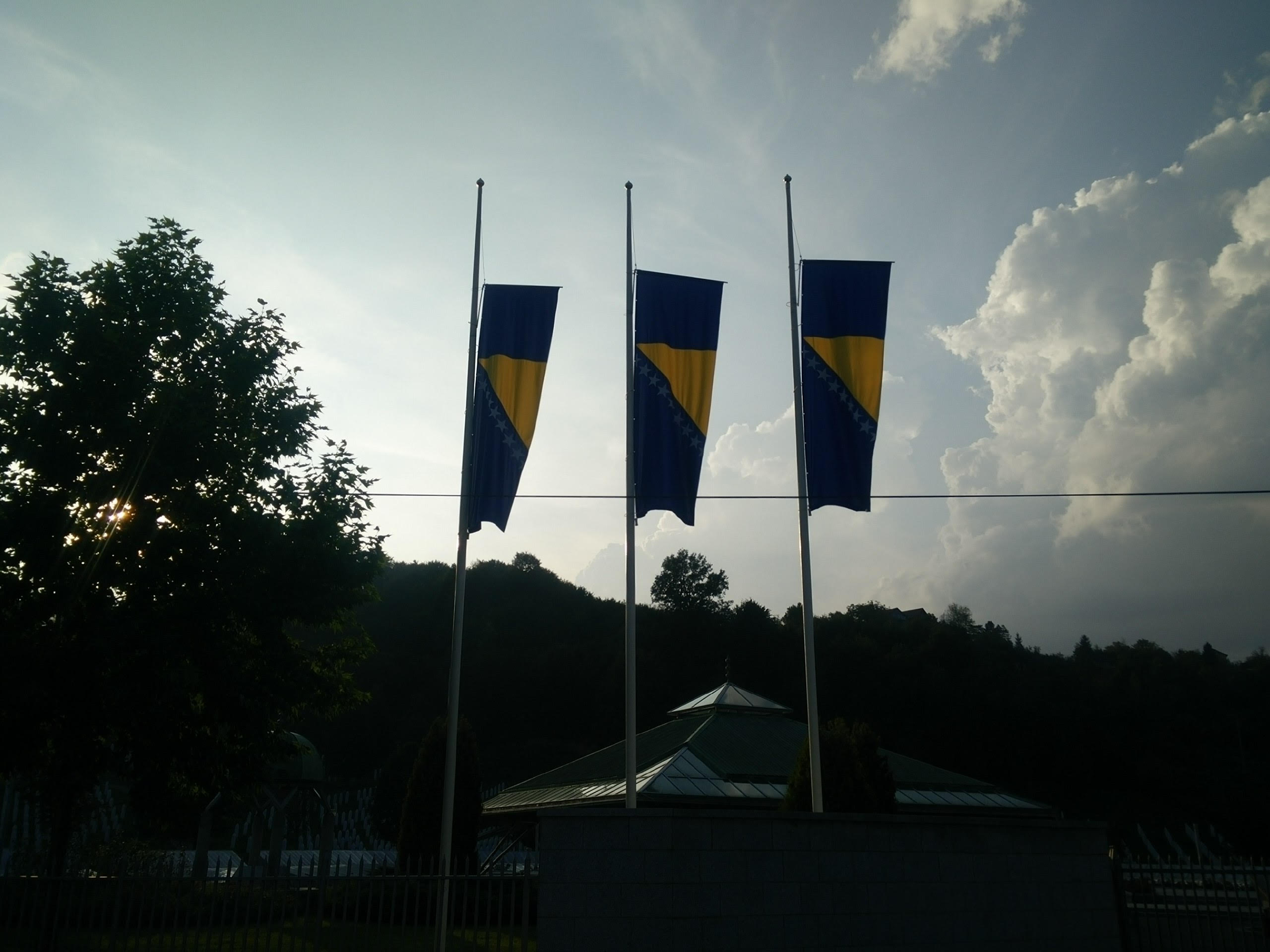 All photographs are taken from Armin Nadarević's personal collection.