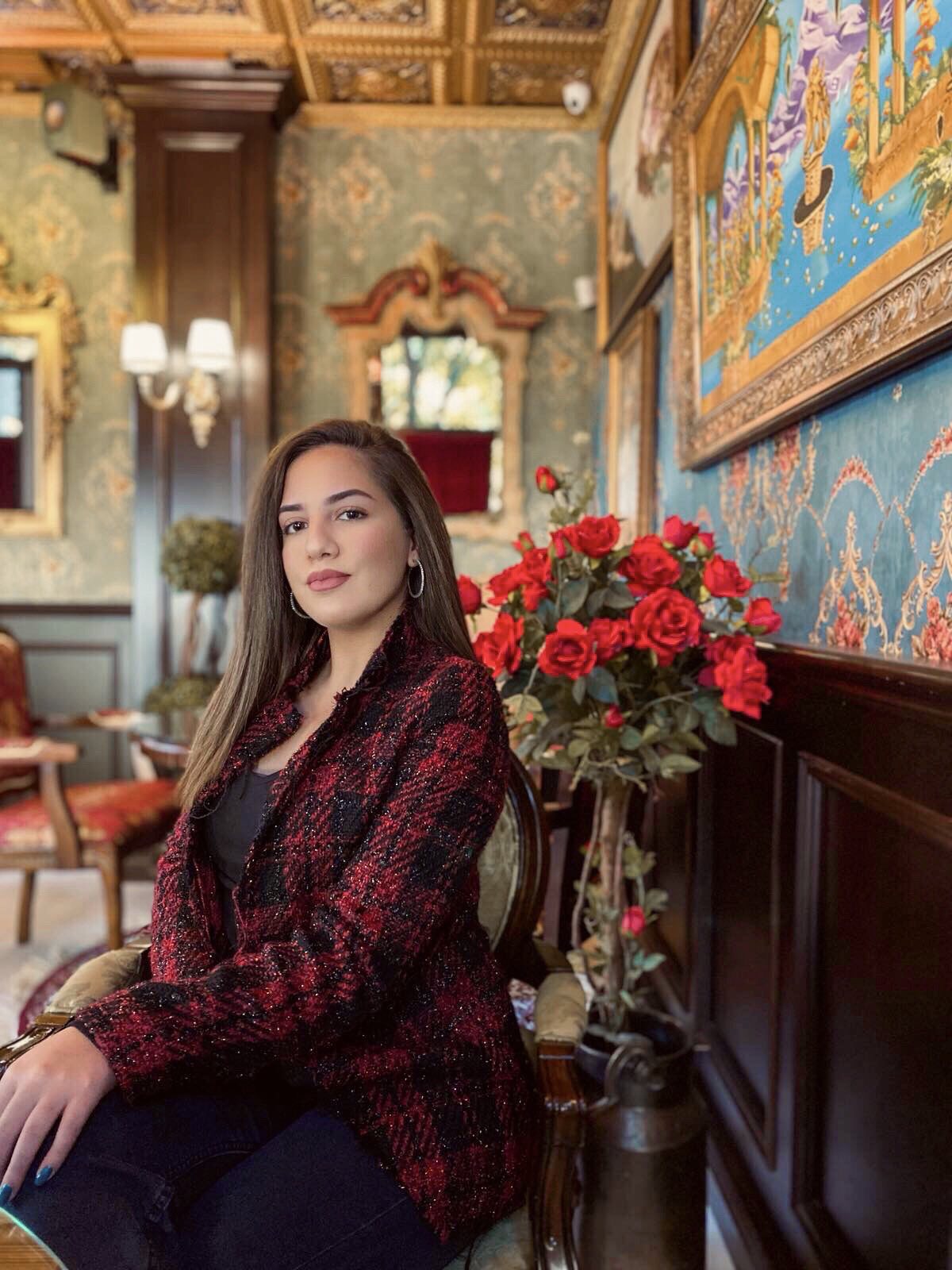 My name is Safeta Ljuca. I was born on January 15, 1998, in Bijelo Polje, Montenegro. I am 23. I finished primary and secondary school in my hometown, and now I am studying for a master's degree in Podgorica. I study media studies and journalism. I am happy to have had the opportunity to work in different media and gain new knowledge and experiences. I have been a participant in many projects, but I certainly single out RYCO, through which I upgraded my knowledge, both in the field of journalism and English.

I am a second-year student at the Faculty of Political Science in Podgorica, Montenegro. I gained journalistic experience in the eminent Montenegrin media. I see myself as a quality investigative journalist, as our country needs them. 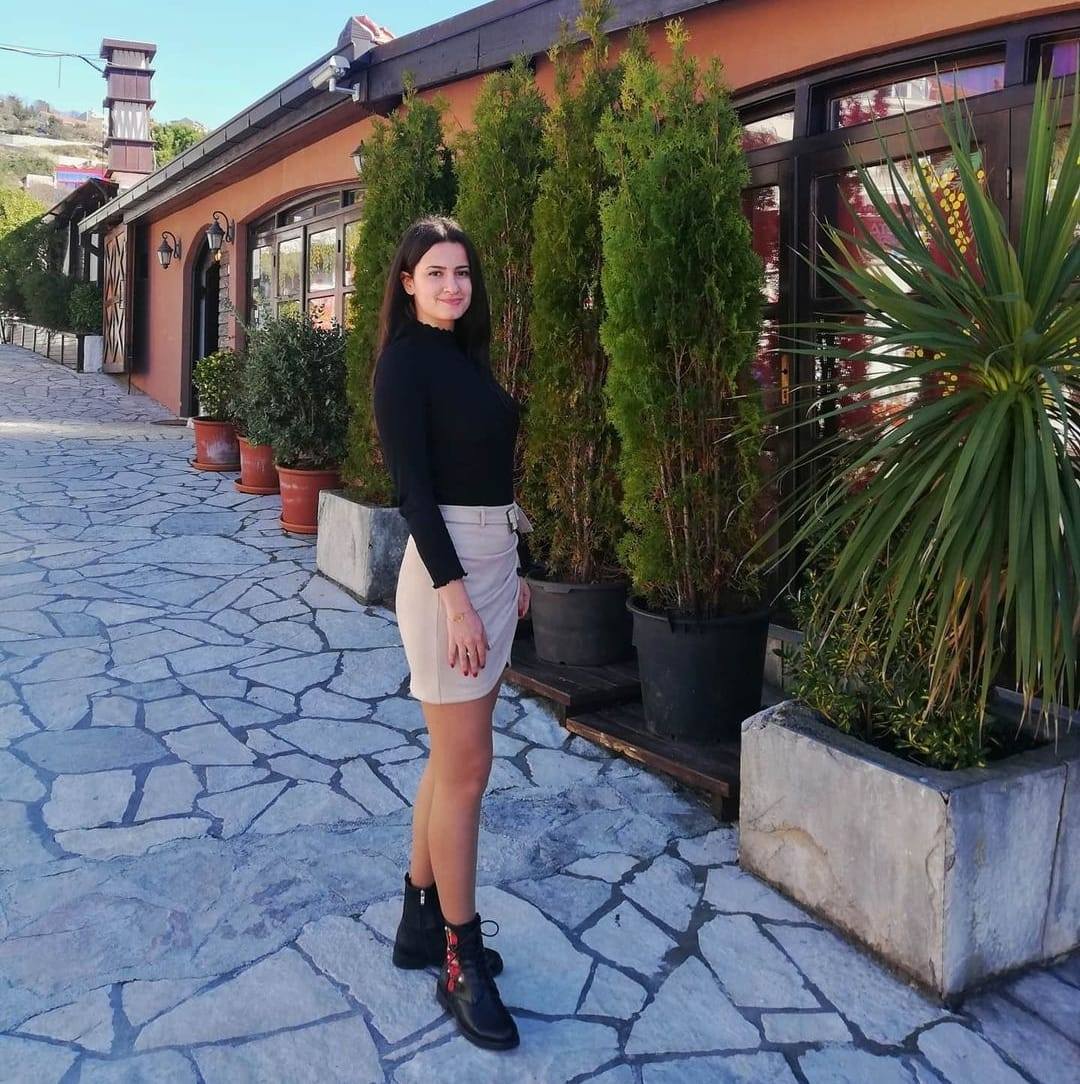 Master student at the Faculty of Political Science in Podgorica, Montenegro.I believe that journalism is the most beautiful profession because you can give a voice to those who do not have it.

Almost every second young person in Montenegro encounters difficulties when it’s about finding a job for which they were educated, according to the research of the Center for Civic Education from 2019. By the middle of January 2021, there were 11,279 persons aged 18 to 30 on the records of the unemployed of the Employment Bureau of Montenegro, the institution announced highlighting the fact that 4,754 university students are among the unemployed:

The source cites that: “Young people, often due to lack of sufficient work experience, and sometimes unrealistic expectations, which belong to their age in terms of development, belong to the group of unemployed who have difficulties in finding employment. The role of the Bureau is to enable this through active employment policy programs. Namely, the Employment Service, as well as all European national employment services, analyzes the needs and characteristics of the target group of the unemployed and develops programs that enable them to acquire knowledge, skills, and competencies important for finding and retaining employment”.

In 2011, the Government of Montenegro launched the Vocational Training Program, which aims to provide graduates with training through internships in the field in which they were educated, with the possibility of continuing employment. Young people undergoing this Program received monthly cash benefits in the amount of half the average salary for that year.

“It is the Vocational Training Program for persons with higher education that aims to facilitate the transition of young people from the world of education to the world of work and to acquire additional knowledge, skills, and competencies and thus be more competitive in the labor market. The program also contributes to the reduction of youth unemployment, provides guidelines to higher education institutions in designing the enrollment policy,” states the Employment Bureau of Montenegro.

According to the analysis conducted by the Ministry of Education in cooperation with the Tax Administration, which refers to the previous years of the Program, about 50% of the Program beneficiaries continued their work engagement, which contributes to reduced youth unemployment.

The Employment Bureau points out that young people see a lack of experience as the biggest obstacle in finding employment. Often, employers are looking for an experienced worker who knows the systems within which the company operates or the possession of certificates, professional exams, and licenses obtained on the basis of experience.

“This is very frustrating for a young person eager to prove themselves and professional development. Another big problem that young people perceive is that the lack of work is also reflected in our social contacts, and the social network is one of the important resources when finding a job anywhere in the world. For example, business social networks, such as LinkedIn, are based on this idea. Therefore, a young person with a poorly developed network of contacts is less likely to receive information about open positions in the market,” they conclude from this institution.

The research of the Center for Civic Education, in 2019 showed similar results when it comes to the perception of young people about employment in Montenegro. “According to young people, the most important factors leading to employment are relationships with people in power, acquaintances and personal connections, then party affiliation, while expertise and knowledge are only the fourth factors. Young people think that happiness is more important than education.”

Sabina Koljenović has been unsuccessfully searching for a job for two years. She graduated from the Faculty of Political Science, majoring in European Studies in 2019, and she finished an internship at the Danilovgrad Cultural Center.

“I was not satisfied with the conditions and the internship itself, because I did not gain the expected training, more precisely I did not have a qualified mentor. After the internship, I applied to ZZZCG, but currently, there are no jobs on offer, the situation caused by Covid-19 led to a drop in employment. I also applied on the popular sites Zaposli.me, Prekoveze.me, but no one states specific reasons for rejecting applications,” says Koljenović, adding that she does not lose hope, believing that a business opportunity is just around the corner.

The fact is that young people are not motivated enough to start their own businesses. So, Institute of entrepreneurship research from 2018 shows that only 10 percent of young people are engaged in private business, of which the largest part continued family businesses. Although there are several non-governmental organizations in our homeland that try to motivate young people to engage in entrepreneurship, even when they decide to do so, they face great challenges.

In addition to a clear vision and a sustainable idea, they also need financial resources to realize their business support in the form of loans, for which security conditions are often demanding. The Investment and Development Fund of Montenegro (IRF) in cooperation with the Ministry of Economy and Through the Employment Service of Montenegro, realizes non-financial and financial support improving the conditions for the development of entrepreneurship in Montenegro.

“The goal of this credit line is to provide support to all interested persons who plan to register their own business. In this way, they will be given a chance to finance small business and the same make it available to the market”, they say.

Loans are given with an interest rate of 2.5 percent, for a repayment period of 12 years.  However, as stated on the website of the Union of Young Entrepreneurs of Montenegro, the conditions for obtaining a loan are demanding, and most often it is necessary to mortgage property in the value of the loan as often a large number of young people cannot provide. These barriers to securing finances are increasingly motivating young people to seek their crust of bread abroad.

Young specialist of metallurgy and technology Goran Raspopović says that he does not see himself living and working in Montenegro because, as he says, it is difficult to get a job. “I did an internship in a non-governmental organization called the Pro-Foundation for the Promotion of Science. The conditions were very good and I cannot complain about that. How I have been rejected many times, I also tried to work abroad. However, several companies from abroad rejected me, most likely due to lack of experience.” Goran adds that his plans for the future are mostly related to foreign places: “I do not plan to stay here to live and work, because it is clear to everyone how difficult it is to find a job in Montenegro.”

The Employment Bureau of Montenegro said that during the decision to start a private business one of the major obstacles was the fact that values ​​were inherited from earlier systems due to whose people are faithful to only one professional identity and often their own vocation limits to being tested in some other professional environments. This statement is also confirmed by Omar Vatić, a law specialist who says that he would work outside of his professional field, but he did not get a chance: “Everyone was looking for previous experience in the field, and since I have little of it, that was the main reason why I was not accepted. It would also be great if I would be able to work on alternative jobs. I play sports recreationally, so I am looking for a job in that area, even working in a gym would be nice,” he concludes.

The group of young people we spoke to is dissatisfied with the chances they have of finding a job, and most of them do not even work in their profession. Most of them said that they used platforms such as Zaposli.me and Prekoveze.me to find a job, while others state that they looked for a job through the media and acquaintances, or were retained after completing the Vocational Training Program. From the Prekoveze.me say that given the current situation with coronavirus, according to which the business of a very large number of companies in Montenegro has been difficult for several months, it is expected that the supply of jobs will be somewhat smaller.

“On our website at the moment you can find almost 100 competitions that are open for applications of interested candidates. In this period, the percentage of advertisements related to the field of management, economy, and sales increases”.

The team from the platform Prekoveze.me states that they do not have data on the number of young people who are users of the site.

Young people hope that perseverance and effort always pay off and that, sooner or later, they would be given a chance for employment in the field for which they were educated. Optimism is still there, and believing that better times would come, with the chance for youth to stay and live in their homeland. Meanwhile, they will keep working on themselves, believing that their knowledge will be more appreciated soon.