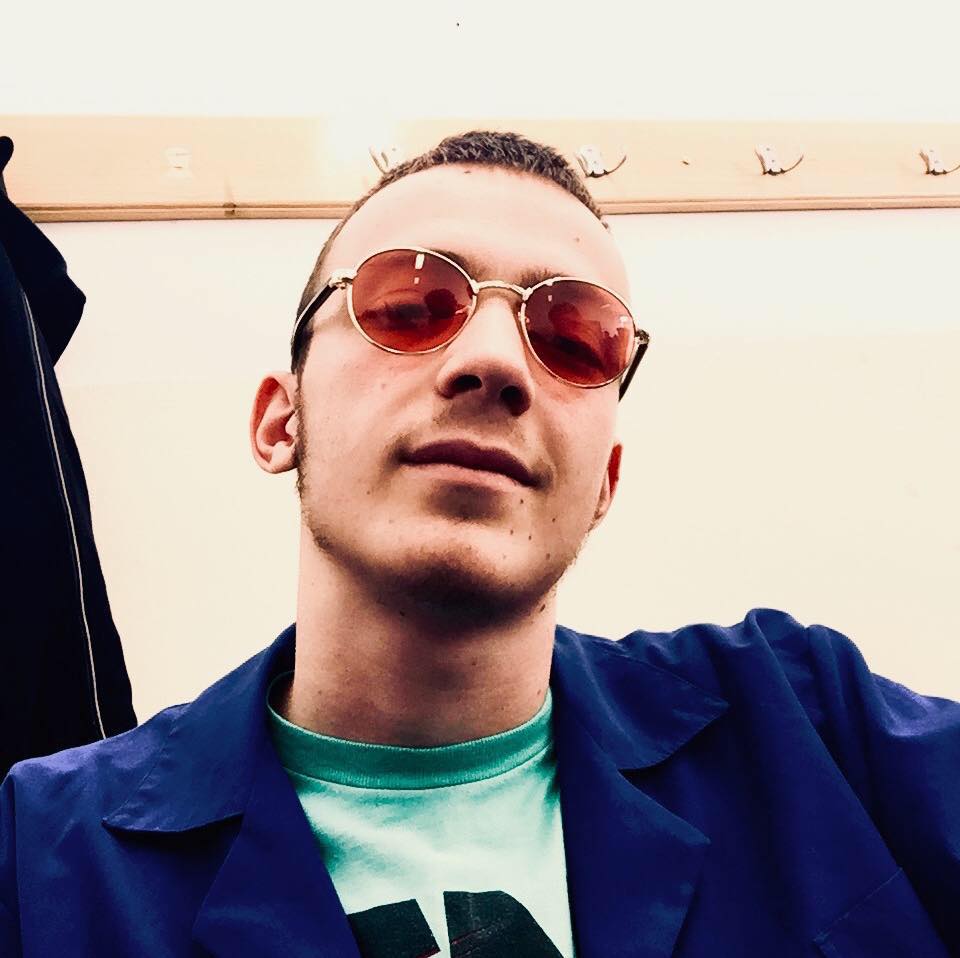 Shefket Bujari is from Kosovo and he is a journalism student at the University of Prishtina. Politics, philosophy, and literature are the fields that arouse his interest. Introvert, 'inaccurate' in deadlines, energetic and calm. His vision is for a region with better social welfare and that one day the word Balkans will be synonymous with diversity and democracy.

Betim Bregovina, a visually impaired individual from Obiliq/Obilić, has four university degrees but cannot find a job. His personal story gives an inspiring message to people with disabilities, while it shows that full integration of all communities in the society has a long way to go.

Betim Bregovina, a 34-year-old from Obiliq/Obilić often starts his day by reading in his special devise the work of Franz Kafka and Fyodor Dostoevsky.

The fact that he is a visually imparied individual has not stopped him from chasing his education goals. He has an incredible academic resume. He holds two bachelor’s degrees and two master’s degrees from the University of Pristina.

“I decided to study psychology because from an early age I was impressed by the deep things, the narratives, and the stream of positive thinking as well as a small number of acoustic books of different streams of psychology,” said Betim.

But academic titles are not enough for Betim to be able to practice his profession. Despite the fact that the Law on Training and Employment of Persons with Disabilities obliges every employer whether in public or private institutions to employ at least one person with disabilities for every 50 employees, Betim has been rejected by 15 jobs where he had applied.

“As for the issue of employment, prejudice and discrimination are building impregnable castles. To simplify, in many cases we are not even invited to the interview and in the exams we are discriminated against in the form of completing the test. Finding a job for us would be a “miracle”, adds Betim.

His quest for a job is not uncommon in Kosovo. Trends about youth unemployment in general and graduate unemployment in particular are not improving. Latest data from the Statistical Agency show that young people in Kosovo are two times more likely to be unemployed than adults. Youth unemployment currently stands at 46.9%, and among the overall unemployed people, 20.7% have finished tertiary education. Slow economic growth, the mismatch between education policy and labor market demands, as well as corruption and nepotism, have led to massive graduate unemployment.

But finding a job is not the only concern for Betim. Integration in society and equal opportunities at all aspects of life are not properly maintained.

“It is not comfortable at all to live as a person with special needs in Kosovo and especially as a blind person, because the conditions for a dignified life are almost completely lacking, starting from birth, up to the prejudices of the family circle,” emphasizes Betim.

He does not complain much about the hardship of attending his lectures but still emphasizes the lack of necessary infrastructure in university institutions, such as the lack of acoustic equipment.

But despite all the difficulties, Betim is optimistic about his future. He is determined to continue his efforts to claim his rights so that one day he would be able to practice his profession.

Betim has many ideas that he could apply through his profession and emphasizes that the Kosovo society needs to be educated about mental health as there is a kind of stigma towards the role of the psychologist. He also puts emphasis on the post-traumatic stress that prevails in Kosovo due to the tragic events that occurred during the 1999 war.

As he has managed to overcome many challenges to pursue his dreams, life has taught him one thing that he likes to share with people with special needs. “You have to know what you want and fight for it with all the capacities they can”.