Kiara Manja is a journalism student from Tirana, Albania profiled in social and cultural topics. She is passionate about literature, cinematography, music, and traveling. With a will to try new things and share motivational stories and experiences, Kiara wishes to show "the unknown" side of the region for everyone to enjoy and learn from, as much as she is. Kiara: "As you may (or may not) have seen I am focused on social and cultural topics. This comes first and foremost because of my love for reading, writing, traveling, movies, books, music, and cooking, and secondly from my desire to try and discover new things every day. All these led me here, sharing stories that I hope are new and fresh for everyone to learn from and enjoy as much as I.Hajde! is a place to share and connect to others around the region, to learn and grow, so please feel free to join this committee and contact me for everything (even just for a chat). Looking forward to sharing more stories for you all to enjoy!"Hajde!" in this adventure."

A closer look on how life can/will/might be if we create the perfect replica of a human being. 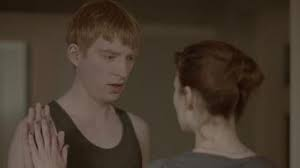 Can a robot replace a human?

It is part of human nature to be greedy sometimes. We have a constant desire of wanting more and more. Sometimes it might be for the best and sometimes, unintentionally, it might end up for worse. When the digital age first started everyone was impressed and thought: “Wow, this is it!. We reached the clouds!”.

But then, new clouds were discovered and new goals were set leading to bigger inventions. Just take a look at how phones have changed through the years to understand how many things we were able to create and what tops we were able to reach (if there is a limit).

Whilst phones have been improved in a fast speed the same is happening with robots. Since 1954, when the first robot, Unimate, was created we are now on another level. Robots can now communicate with us and even become our friends and accompany us when no one is around. But what is to come? What will we create in the future? Can we create a machine that can replace a real human? Maybe help us mend the pain of loss?

"Be right back": A different and traumatic comeback

Every day, everyone is surrounded constantly by technology allowing it an important space in everyday life. The phone has become our best friend. It knows us better than anyone and keeps our every secret. And you know what? We don't have to be afraid of being snitched..., right?

Touching on this very topic, among many other equally important ones, the well-known series "Black Mirror" starts its second season very differently and decently.

It's rare to find the perfect partner, but right from the start we are presented with Marta (Haley Atwell) and Ash (Domhnall Gleeson), two different individuals caring for each other but who have their own flaws. Marta is hardworking, loving and dedicated to the maximum, whereas Ash is simple, loving and probably too attached to his phone, but always there for her.  and that makes them the right couple, real and full of faults.

But, dear friends, as movies and books have always shown us, nothing good lasts forever, because we are not in a children's fairy tale where everyone liver happy ever after. Ash dies in an accident leaving Marta behind, and this is where it all begins.

The movie is a continuous drama that just makes you think even deeper with every scene that unfolds. And it ends as soon as it begins, leaving you wondering: "What did I just see?” “What did it happen?".

Death is never easy to face. It's scary and painful and it doesn't end quickly. We learn to live with it but we never get over it, and that is equally traumatic in life as well as in a movie.

Like any person in love, Marta suffers, and cries and screams and rejects any kind of help or comfort from others, until one day a message comes to her: "Yes, it's me." and the sender is from noone else but her dead husband.

How can this happen? Who is playing with Marta's feelings?

This was no not game nor trick. It was a robot, who had gathered information online about her dead husband and wrote to her as if it was him. It was one of Marta’s friend who had registered her up for this programme, where robots could replace humans.

A cultural shock occurs at this point keeping Marta wondering;- “How can I talk to a dead person?” “How is this possible?”

At first, Marta ignores the message, until something happens, and she inadvertently finds comfort in it.

- Is that really you?

- No, it's Abraham Lincoln, - laughter, - Obviously it’s me. I just came to say something.

And after this conversation you experience another shock. Marta reckons that the robot speaks just like her Ash, although he is not real. At this point, the movie present another trauma in the main character's life. After the event of the death of her dearest Ash which Marta is not able to overcome, the pregnancy puts her in the dilemma whether she is psychologically ready to have a child. How will it work out? Where will she find the strength?

Technology is still there, again, but this time it puts to use every information we have trusted before. Ash the robot is next to Marta helping her out through the pain. First, they exchange messages, then they upload videos and later phone calls that accompany Marta everywhere.

Outdoor walks are no longer solitary. The baby`s ecograms are a source of greater joy because there is someone to share them with. But isn't that ironic? She walks in nature, among natural things, where there is human touch, but, in the meantime, she is accompanied by a robot in her headphones. She hears the beating of the child inside her body, the purest and inviolable thing in the world, but in reality, she lives in an imaginary and extremely fragile world, just like the telephone to which this voice is connected.

And this is only the beginning. Technology is always improving and there is no exception in this case. From messages to phone calls and at the end to a 3D replica. The technological evolution appears in the most revolutionary, miraculous and fascinating form into a robot that walks, talks and resembles to Ash, living with Marta in her everyday life.

Is this the key to get through the trauma of loss?

Is this how we can help humans, and Marta in this case, cope with the death of their loved one?

Although the robot resembles to Ash, in reality it was hard to deceive.  There were plenty of mistakes that disclosed that there are flaws with technology as there are with humans. However, the more information the lesser the mistakes like, for e.g, Ash’s face was rough and pored, exactly like a real one, but his fingers felt strange and mole marks were missing from the body, which kept Marta in a painful reality. With the intelligence of the technology, the robot added elements to itself as soon as it received new information, however it never became the ideal partner to replace Ash.

It is true that we all see technology as something perfect, without mistakes, but this is false. Nothing created by the hand of someone is flawless, and this robot Ash had many. It was a nice lie but not enough. His flaws made him strange, scary, unreal. Maybe this is what the movie wanted to show. Despite the bountiful of information it can provide there will always be gaps, that will deprive technology from creating a perfect replica of the person. Ash could cook but couldn't eat or sleep. He could talk and act like Ash but there were things he did not know like for e.g, he could not recognize Marta's sister.

The subconscious has always been mysterious. We have never fully understood this part of us. Why does it act like that? What exactly does it do? And why should it do this?

In this case Marta feels guilty, ashamed. The sister says she`s happy that the pain is over, but is it really over? Marta continues to live in a technological fantasy world, with her husband still by her side, chaining herself to a lie in a desperate attempt to cope his loss and trying to live a different life. But this is not helping her and the subconscious begins to act.

Marta is more annoyed than before by the robot's malfunctions. She screams, pushes him away and hits him but still, in despair she chooses to live this lie and continuously awaits that the robot will hav the right responses and will make the right reactions.  but is again disappointed. She is confused and her changing mood and attitude towards him, at first rejecting and then accepting him, stresses out the problem with technology.

At the end Marta, looses hope and accompanies Ash the robot to the cliff and pushes him into the void. This moment marks the end. He's not Ash and he can't become Ash, and Martha finally realizes that. There are no more dilemmas and everything is clear. Technology can be a duplicate of a man but it cannot replace people. Despite the advances of technology, every human being is unique in its physical and spiritual existence and this prevents technology from replacing us.

The movie ends with this discovery and shows us how life continues. The child, already in her early teens, is celebrating her birthday with her mother and asks for another piece of cake to take it to her friend in the attic. There is Ash, locked away as a beautiful but painful memory where we can always go back to recall and remember.

Black Mirror was always a visionary and revolutionary TV series and this episode was no different, "Be right back" is definitely worthy, representing our connection to technology, our addiction to it and its advancement to be present in the life of people complementing people and sometimes replacing them in the desperate attempt to ease pain. The series touches on every issue but doesn't provide any solutions, leaving the judgment to the viewer after a story that leaves you with trauma and thoughts that will hardly go away.

Natural Beauty and Sights of the Diamond in the Rough
Environmental activism of young people in the Western Balkans: The struggle for the basic legacy of civilization
No One Has Yet Asked Young People What They Want 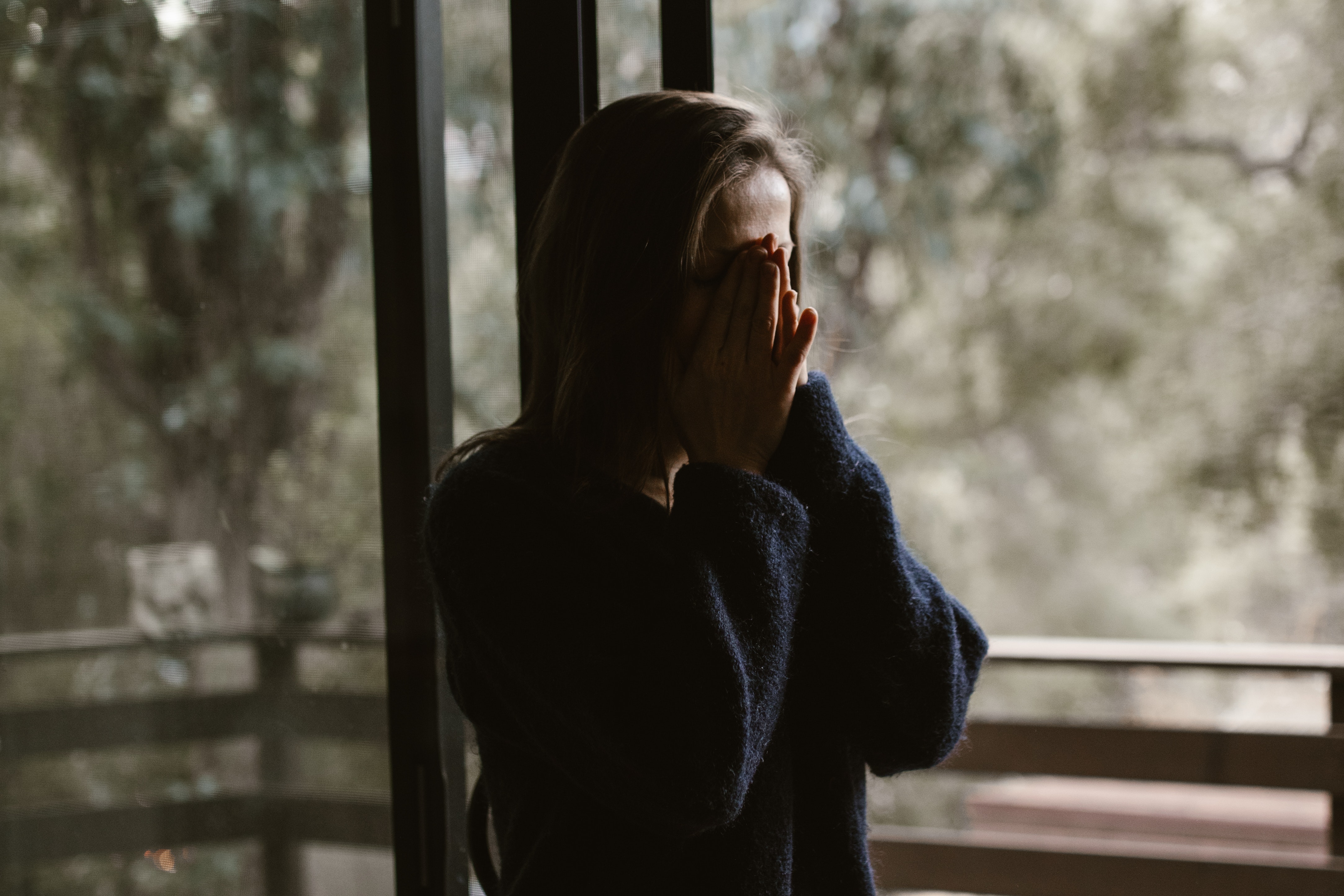