The picturesque city, where many cultural influences meet, has been captivating with its beauty and history since the 15th century when Mostar started its development. It relates to the construction of two fortifications; the fort on the right bank of the Neretva was called Tara, and on the left Helebija. This historical and cultural development of Mostar in the past six centuries is associated with the rule of the Ottoman Empire, thanks to which the old town developed in the Eastern spirit. Then, the rule of Austro-Hungary brought Mostar the influence of the West and modern architecture and urbanism. In the period of the SFRY and independent Bosnia and Herzegovina, the City of Mostar expanded intensively and took on the prominent features of an urban center.

Thanks to such a diverse and long history, today, Mostar is a diamond in the rough. Its tourist potential is still not fully discovered, but every year, it attracts more and more visitors from all over the world, offering them a blend of tradition and modernity, East and West, and above all, beautiful natural beauty. It is difficult to list all the sights that can be seen and experienced in Mostar, but still, some stand out and become a symbol of the city, such as the Eiffel Tower in Paris and the Statue of Liberty in New York or the Colosseum in Rome.

Certainly, the most recognizable landmark and symbol of the city of Mostar is the Old Bridge, which is under UNESCO protection. The original bridge was built in 1566, and after its demolition in 1993, it was rebuilt and opened in 2004. The original materials were used in the reconstruction. The Old Bridge symbolizes everything that Mostar and its history represent. The firmness of the stone is reminiscent of the challenging living conditions in karst Herzegovina. The green river Neretva flowing under it testifies to the beauties hidden in Herzegovinian nature and the connection of Tara and Helebija, which witness the combination of what is sometimes seen as incompatible.

Muslibegović house is one of the most beautiful houses from the Ottoman era in the Balkans. It was built about 300 years ago and has managed to preserve its original appearance and construction, objects, and documents that testify to life in Mostar at that time. It stands out from other buildings and houses from the same historical period as it has a center that contains a garden that attracts the eye with its beauty.

We should also mention the Hamam Museum, which was built at the turn of the 16th and 17th centuries, and which is part of the only preserved hamam in Mostar. This museum vividly evokes the Ottoman culture and customs that were the everyday life of the people of Mostar more than 400 years ago. 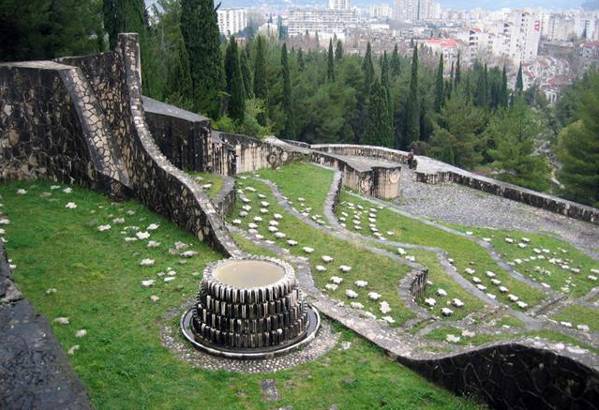 In the Bijeli Brijeg settlement in Mostar, there is the Partisan Memorial Cemetery renovated in 2005 and declared a national monument of Bosnia and Herzegovina. According to the author Bogdanović, this monument is a mirror of the city of Mostar, which intertwines the winding cobblestones of the old city, terraces reminiscent of the development of Mostar along the Neretva, and many other symbols that reveal all that Mostar is.

In addition to buildings of Ottoman architecture, there is also the Cathedral of Mary Mother of the Church, an impressive religious building built in a postmodern style. Then, the Franciscan Church of St. Peter and Paul, which was built in 1866, then destroyed in 1992 and rebuilt in the new century with the highest bell tower in all BiH, 107 meters high, offering a fabulous panoramic view of Mostar. 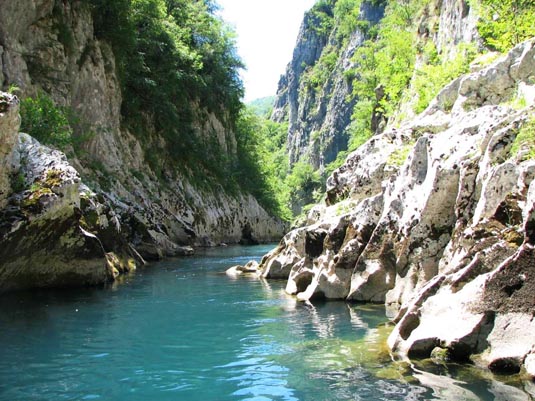 Apart from the beauties built by a man during the long history of Mostar, there are also many beauties that nature has shaped and that today, enchant with their uniqueness. The green beauty, the river Neretva, defies the Herzegovinian karst and stands out with its beauty and emerald, green color. The Neretva canyon north of Mostar and many bridges in the city offers a magical view of the river that gives life to these areas. There is also the river Radobolja which flows into the Neretva near the Old Bridge. Then, there is the spring of river Buna in Blagaj, which rarely leaves anyone indifferent because it is in a cave near the old dervish temple and flows into the Neretva at the site of the Buna canals, which are a natural phenomenon.

The enchanting beauty of nature can be found in mountainous areas around Mostar. The mountain Rujište offers a natural winter oasis filled with snow, which is an unusual phenomenon in this area, and during the summer is a perfect excursion into nature. Excursion site on Goranci offers its visitors, in addition to natural beauty, active facilities such as tennis, basketball, cycling, hiking, off-road and quad riding, horseback riding, and many other activities.

Near Mostar, nature lovers can enjoy the beautiful views of the waterfall on the river Trebižat: Kravica, Koćuša, and Čeveljuša are just some of the natural beauties that make many visitors fall in love with this area.

What Mostar and its surroundings do not lack are the natural beauties and sights that especially tell the story of Mostar and which in no other way can be experienced in such intensity. Every stone of the old town, every drop of green beauty, and every ray of warm Herzegovinian sun tells the story of the city on the Neretva. Therefore, those who once visit Mostar always return to relive the beautiful moments.

Master student at the Faculty of Humanities and Social Sciences, University of Mostar, Bosnia and Herzegovina. I am passionate about all things related to the written word, communication, public relations, media, and marketing. Aside from that, I also enjoy art, film, music, literature, photography and cooking. Movie review- Black Mirror: Be Right Back
Environmental activism of young people in the Western Balkans: The struggle for the basic legacy of civilization
No One Has Yet Asked Young People What They Want