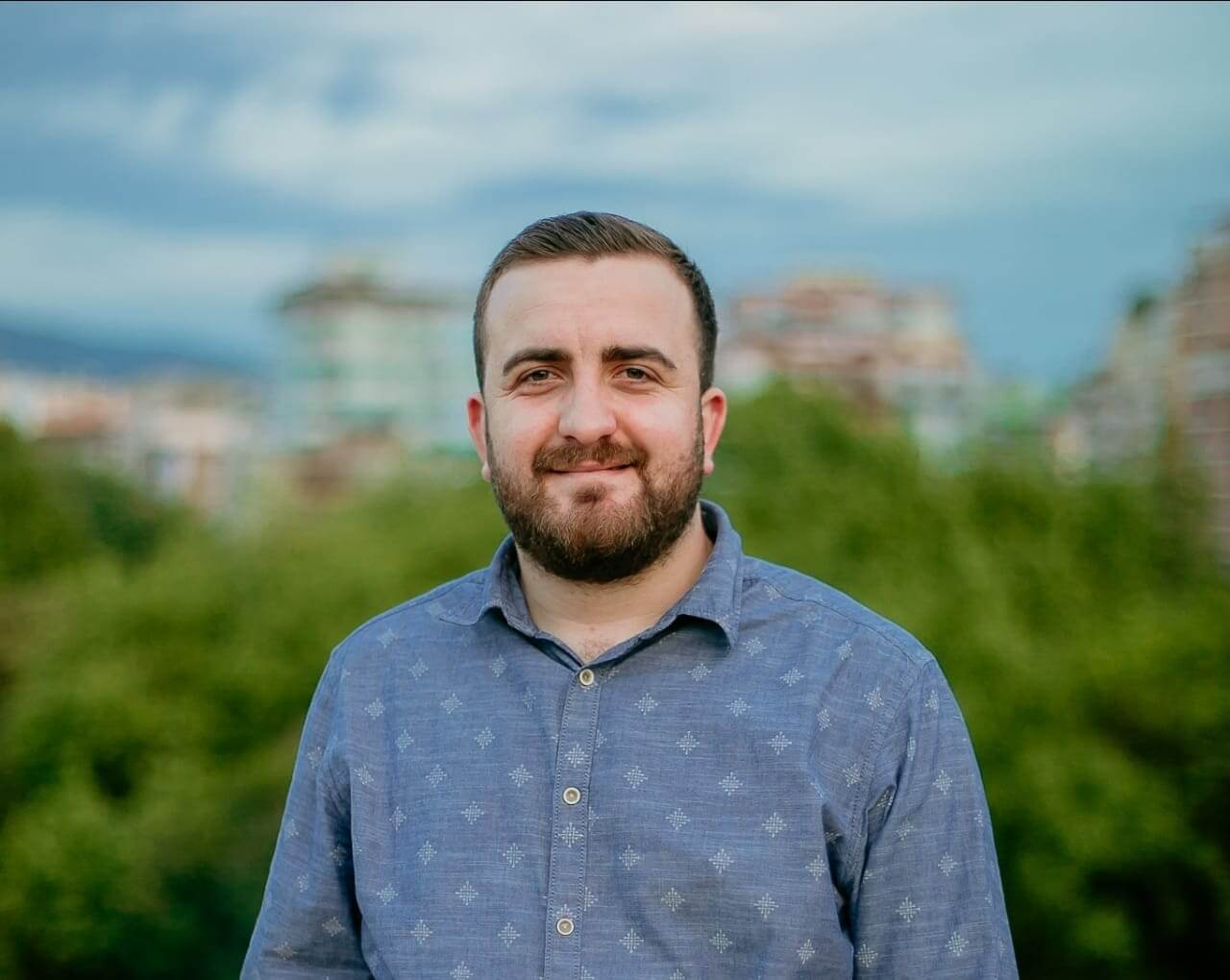 The language, the raw material of every translation, and the culture are mobile and dynamic entities in a continuous dialogue between them. The translation of literature from one language to another is connected to the concept of cultural diplomacy, which is well-known nowadays.

It should not be surprising, therefore, that cultural studies, which by definition are open to dialogue and exchange between different cultures, disciplines, and languages, have found an essential communication tool in translation. According to Milton Cummings, it encompasses the exchange of ideas, information, art, language, and other cultural features among nations and their peoples in order to enhance mutual understanding. The goal of cultural diplomacy is for the citizens of a foreign country to gain a better knowledge of the country's culture, beliefs, institutions, and way of life. In general, culture diplomacy shows a nation's soul, which can lead to influence.

In this context comes the translation of the works of the esteemed Albanian writer Ismail Kadare into many languages ​​of the world, including Serbian, a country of the Western Balkans region. The first work of Kadare to be translated into Serbian is “The General of the Dead Army” (“Gjenerali i Ushtrise se Vdekur”), the same novel that gave him international recognition, published firstly in 1968 in Krushavec and then again in Belgrade in 1977 titled “General mrtve vojske”. In the same year, another one of his novels, “The Castle” (“Keshtjella”/”Tvrđava”) was published in Pristina.

It was the publishing house “Samizdat B92” that in 2016 brought to the Serbian reader yet another one of Kadare’s works, the novel titled “The Palace of Dreams” (“Pallati i Endrrave” in Albanian), translated to “Palata Snova” in Serbian, a political allegory located in Ottoman Istanbul, by which Kadare subtly criticized the totalitarian regime of Enver Hoxha, the communist dictator of Albania at the time.

Widely considered to be one of his masterpieces by literary critics and analysts, the book describes an institution that controls the collection, classification, and interpretation of dreams in the empire, a unique vision of hell designed by Kadare, in the form of a despotic state where even the subconscious thoughts and dreams are under constant surveillance and scrutiny.

This novel attracts the interest and curiosity of the Serbian reader not only for its artistic and literary achievements but also because it depicts an important period of Albanian history, the impact of which is still heavily felt today and will be forever engraved in the collective subconscious.

In the following year, the same publisher released a translation of another book by Kadare “A Conversation on Diamonds One December Afternoon” (“Bisedë për brilantet në pasditen e dhjetorit“) titled “Razgovor o brilijantima jednog decembarskog popodneva” in Serbian translation. It is a collection of short stories from different periods of Kadare's work, from the earliest, which takes us back to 1953, when Kadare was 17, to the mature period of his work, ending in 2008, when the collection finished.

In that range, the young man who entered literature with great dreams faced numerous temptations, censorship, and prohibitions, but succeeded in spite of everything, thanks to his talent and pragmatism, to achieve a unique and coherent opus. In this book, several stories were published for the first time, although they were written a long time ago, and those that were published earlier are now published in their original versions, freed of earlier censorship.

On the other hand, many writers of the region have been translated into Albanian. We can mention here the well-known novelist, poet, and short-story writer Ivo Andrić, who was from Bosnia and Herzegovina but lived for a long time in Serbia and published most of his books during the period of Yugoslavia. Andrić was awarded the Nobel Prize in Literature in 1961, for “the epic force with which he has traced themes and depicted human destinies drawn from the history of his country”. His novel “Bridge over the Drin” (“Na Drini ćuprija”) has been translated into many languages, including Albanian, titled “Uram bi Drin”.

The story is set in Visegrad of Bosnia and Herzegovina, a city at the confluence of two worlds (the Islamic and Christian one), always a meeting place between different races, religions, and cultures. It was here that in the years 500 Vizier Mehmed Pasha had the desire to build a bridge, which quickly became a symbol because it was built with the hard work and sacrifices of many Christians and served as evidence of the fusion of the two worlds. This Bridge is the center of Andrić's novel, which consists of various fragments and does not have a main character or event. It is the element that holds the narrative together and interconnects all the characters and stories. Over the course of 24 chapters, Andrić draws a magnificent picture that covers a wide historical period, from the 6th century up to the First World War, with a romantic Bosnia and its varied historical issues in the background, as well as its daily individual dramas of the joy and suffering of the people, reflecting the problems and characteristics of this troubled land and turbulent times. This novel is considered a masterpiece because of the strong, evocative descriptions, the cultural diversity it reflects and the unusual stories it recounts. 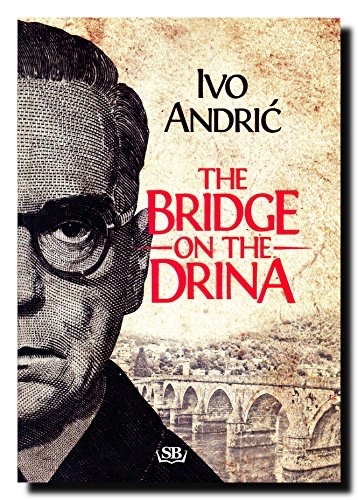 The phenomenon of literary translations is not limited only to the above-mentioned authors. The readers in the region have also been able to enjoy and appreciate the art of other writers. We can mention here the renowned poet from Kosovo, Azem Shkreli, whose poems have been translated into Serbian, and the Serbian writer Danilo Kish, several of whose works, among which “A tomb for Boris Davidovic” (“Grobnica za Borisa Davidoviča”/”Një varr për Boris Davidoviçin”) the novel “Garden, ashes” (“Bašta, pepeo” “Kopshti n’hi”), as well as the collection of stories entitled “The Encyclopaedia of the Dead” (“Enciklopedija mrtvih”/”Enciklopedia e të Vdekurve“), his most important publication, have been translated into Albanian.

The writer Meša Selimovic was also translated into Albanian with the work “Dervish and Death” (“Derviš i smrt”/“Dervishi dhe Vdekja”). Selimović had, like Andrić, been from Bosnia and Herzegovina, where he lived for half of his life and then moved to Serbia, and most of his books were published during the period of Yugoslavia. “Death and the Dervish” recounts the story of Sheikh Nuruddin, a dervish residing in an Islamic monastery in Sarajevo in the eighteenth century during the Ottoman Turk hegemony over the Balkans. When his brother is arrested, he must descend into the Kafkaesque world of the Ottoman authorities in his search to discover what happened to him. On this journey, he begins to question his relations with society as a whole and, eventually, his life choices in general.

The above descriptions serve to illustrate that in today's globalized world, nations build and project their national identities by implementing cultural strategies that include a cultural and intellectual exchange. But the life stories of the writers are often, like in the case of Andrić and Selimović, complex and complicated and their literature cannot be placed inside the borders of one nation, and the universality of their stories is where their greatness lies.

The practice of cultural exchange between different countries, through high culture and popular culture productions, can be a powerful tool in opposing negative stereotypes and perceptions, as well as in strengthening the bonds between nations.